Why the hell not?

Why the hell not?

When Phin DeMink and his father in law Allen “Skip” Yahn founded the Southern Tier Brewing Company in 2002, he hardly imagined that he would sell canned cocktails as well as beer. The story starts like many other “Craftbeer Careers” in the garage. Three years later, Southern Tier had already made a name for itself as a brewery in the states of New York and Pennsylvania with its creative beers. “Why not”, a credo that still stands today, helped the brewery to become more and more famous and popular. In 2009, Southern Tier moved to its current location in Lakewood, NY, where it has continued to expand its location and production capacity. Always with the goal of reviving the traditional beer market and bringing new, creative beer and beverage ideas to the market. In many ways, Phin, an exceptionally good observer of his guests, may have been ahead of his time. He brewed a Crème-Brûlée Stout before Pastry beers became popular or helped the “Pumpkin-Spiced” beers to take off before they came into focus.
(*https://oct.co/essays/ready-made-canned-cocktails-101)

Latest idea: Craft-Canned-Cocktails – ready-mixed cocktails from the can. Interesting flavors and bar feeling included. How did this come about? The trendy bar-drink development was preceded by the founding of a distillery. Right next to the brewery in Lakewood, whiskeys, gins, rum and vodkas are produced almost exclusively from local raw materials. Like the idea of the brewery, the decision to build a distillery was not influenced by profit and investorism, but by the idealism of the founders and the urge to create something new and different and to spice up the traditional.

The “Craft Cocktails” out of the can are the perfect combination of “comfort” to open only one can and still a full cocktail enjoyment, based on a high-quality distillate. To cope with the rapidly growing popularity and demand for craft cocktails, the Southern Tier team quickly realized that they needed to invest in new technology. Conventional production, as is common in the craft beer and spirit industry, which is manual and involves a lot of time, material and loss, turned out to be the wrong way to go about it. It took many hours of work and a lot of nerves just to get the right mixing ratios between the raw materials water, alcohol, sugar and flavors into the mixing tank correctly and reproductively and finally to mix them out. Until a batch of a craft cocktail was ready for filling, this could mean a production time of 2 – 3 days. The new products are available in four different blends: Vodka Soda, Gin & Tonic, Bourbon Smash and Vodka Madras. For the latter three, the “SIP Awards” in San Diego awarded 2019 prizes in the highest category. Tastes such as rosemary, elderberry, lime, ginger, but also cardamom and ginger are part of the recipes.

The solution to the dilemma was an in-line dosing and mixing system. The engineers from corosys, together with the team from Southern Tier, first and foremost VP of Operations, Matt Dunn, worked out an overall concept called “Craft Finishing Cellar”. The aim was to make the plant, which was actually to be installed for mixing the craft cocktails, usable for the remaining products from the brewery as well. Southern Tier’s demands on its products are high. Consistent and top quality with maximum product safety for the end consumer is the law.

The added value generated by the Craft Finishing Cellar can be seen in the details. It includes a hot water degassing system to guarantee the best residual oxygen values in the degassed water, which is pasteurized at the same time to achieve maximum microbiological safety even in the water, the base of the cocktail. 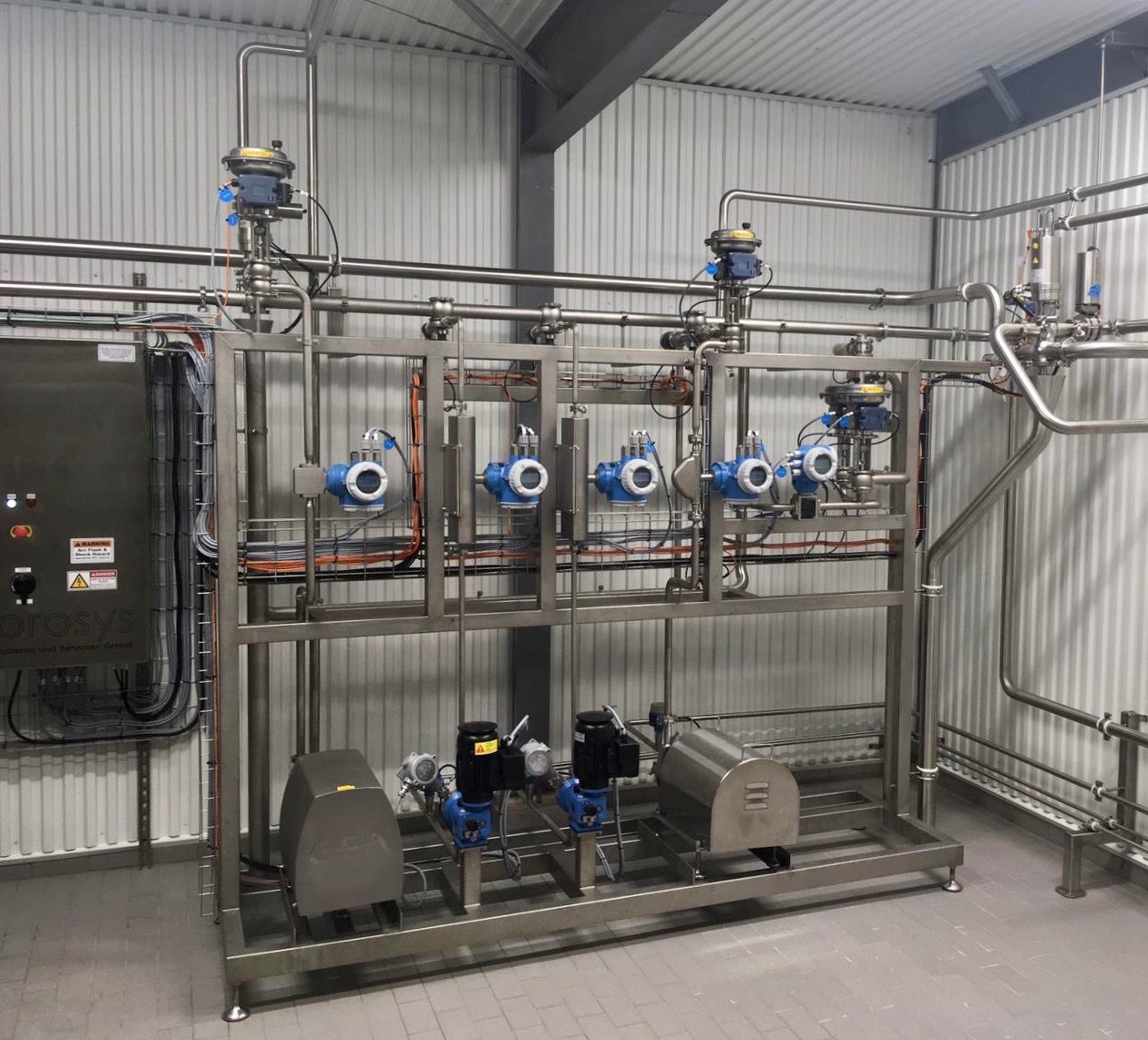 As a second step, aromas, sugar syrup or raw materials can be added to the water or beer main stream. Thus, Southern Tier keeps the possibility of experimenting open, for example the in-line mixing of shandy beer / Radler would no longer be a problem. On the other hand, the dosage of craft spirits was problematic. For alcohol with more than 50% technical safety certificates have to be provided. With its experience and skill, corosys was already able to obtain the necessary certificates from the FAT in Germany and satisfied the inspectors with the technical elaboration.

An in-line carbonation plant is connected to the dosing system to ensure that the cocktails and the beers are appropriately lively. For space reasons, this is mounted on the frame of the subsequent flash pasteurizer, which saves a lot of space in the installation. Another special feature: the beers are deliberately centrifuged and not filtered with diatomaceous earth. The carbonation plant is equipped with a so-called “variable flow” option so that the beer process can continue to run in-line. The system is capable of controlling the sudden flow stops completely without buffer tank and only by means of bypass control still with such high precision that even blending, dosing and alcohol correction are not significantly impaired or deviate from the set value.

The system is operated via a 19″ touch panel behind which a Rockwell control runs. The software allows a direct overview of all running processes on a dashboard. At the same time, the control is transferred to the head brewer’s office PC, which can intervene if necessary or load new recipe data. On the other hand, the software offers the possibility to generate and store production data.

With its investment in the Craft Finishing Cellar, Southern Tier Brewing has put itself in a top position when it comes to future viability and flexibility in the production of craft breweries. Southern Tier recently decided to add a new low-calorie vodka seltzer line to its product portfolio. An immediate decision as everything has been prepared on the technical side. 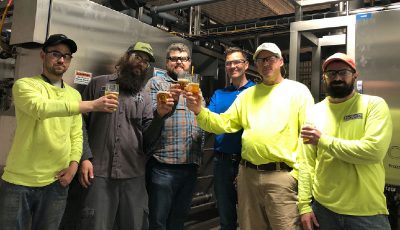 direction. This is shown by the frequency of innovations and the increasing variety of products. Coupled with a rising price war and the battle for distribution fields, the issue of productivity and cost pressure in the craft beer industry is also becoming increasingly noticeable. Clever investments in technical innovation and flexible production facilities, such as at Southern Tier, are the logical consequence in themselves. Often our customers are skeptical when it comes to such investments – the necessity or rather the need simply does not exist. If it is there, it is too late: quality and ability to deliver suffer. Southern Tier thinks ahead: “Why the hell not?”

About the Author: Nadine Kerwel